You Are Here: Martina Battisti 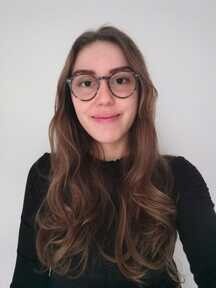 The compelling transition towards a greener chemical industry has underlined the need of a change in the feedstock supply for many bulk chemicals. Among them, acrylonitrile (ACN) is currently almost exclusively produced via the ammoxidation of fossil-based propylene (Sohio process), with an annual demand around 6 million tonnes. Additionally, environmental threats arise from the co-production of toxic hydrogen cyanide and acetonitrile during the process.
Since ACN has many applications in the polymeric industry (polyacrylonitrile – PAN, ABS co-polymers, nitrile rubber…) it is then advisable to develop and promote its production with alternative and sustainable paths.

A possible route is presented by the dehydration of glycerol to acrolein (AC) and the subsequent ammoxidation to ACN. Glycerol has the advantage of being a remaining product of biodiesel production and thus being available at a much lower price compared to crude oil. This coupled reaction has been preliminary studied by Liebig et al. [1]. However, in depth studies are still needed to commercially exploit the process, starting from the optimisation of the catalytic system up to the comprehension of the structure-activity relationship.
The end goal of the project is the catalytic synthesis of ACN from glycerol (ITMC – Aachen Institut für Technische und Makromolekulare Chemie), its purification (ATV – Aachener Verfahrenstechnik) and its following polymerisation to obtain polyacrylonitrile, which could then be ultimately applied for the production of carbon fibres (ITA – Aachen Institut für Textiltechnik).