You Are Here: Maurice Vennewald 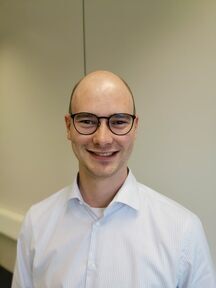 Emissions of nitrogen oxides (NO and NO2, together NOx) from combustion processes in cars, trucks and ships pose a significant threat to human health worldwide. The introduction of the three-way catalytic converter and the selective catalytic reduction (SCR) technology have contributed to a significant reduction of these emissions. However, this technology is much less efficient than direct NO decomposition in terms of energy and also requires the additional use of a reducing agent. In order to make the potential of direct NO decomposition usable, however, a suitable catalyst is currently still missing.

The previous benchmark in direct NO decomposition is set by Cu-exchanged zeolites. They are an example of the catalytic activity of isolated metal species, which has recently attracted a lot of attention under the keyword single-atom catalysis (SAC). This is because SACs are located at the interface between homogeneous and heterogeneous catalysts and thus theoretically combine the advantages of both types. However, a systematic understanding of their activity is still lacking. To develop this understanding, clearly defined and at the same time flexible carrier structures are necessary.

Especially carbon-nitrogen compounds such as covalent triazine networks (CTFs) are suitable carrier materials to study the activity of SACs. These carriers allow a stable coordination of metal species and can also be systematically varied with respect to their electronic and morphological properties. In addition, C-N based catalysts represent a new class of SACs in NO decomposition that goes beyond the previous limitation to metal-oxygen interaction in zeolites.

Overview of the main research topics: